Pack your bags for what you need to get the job done and understand which pieces of equipment are essential and which are not. You'll also learn how to use blazing fast mobile editing technology to help enhance your capturing experience.

Maximize your profits by understanding how these two types of sales impact your margins and income when selling stock video. Make the best choice when it comes to putting your content up for sale.

What Stock Sites are the Best

Learn which stock sites work best for you when it comes to selling your content. You'll also learn about permitting, releases and other necessary information to complete the job legally, without hassle.

Black Magic Design will be giving away (1) Studio version of Davinci Resolve 16, (1) UltraStudio Monitor 3G, and KesslerCrane / Nimia will both be offering discount codes on their amazing array of products on the day of the webinar.

Best types of Compositions to Shoot

Learn which style of shooting and shot compositions sell the best when it comes to cinematic shot selection. I'll demonstrate how to use sliders, gimbals, and timelapse photography to help elevate your content.

Learn to anticipate buying cycles for clients when it comes to certain times of the year and events. Capitalize on the need for unique and hard to get content.

By registering for this webinar you'll entered into a drawing (That will happen during the webinar) to win a brand new Dell Precision 5750. You must type in 'YES or Y" for opting in to receive information from Dell, Intel and Nvidia to be eligible to win the contest. If you type in 'NO' you will not be eligible to win. 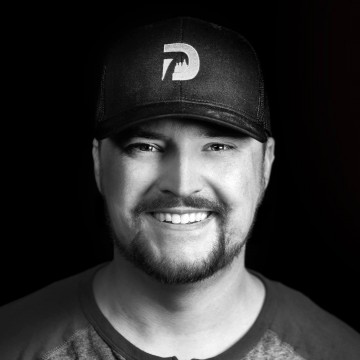 Andrew 'Drew' Geraci is a passionate and award-winning photographer/cinematographer who has been in the media industry for over 15 years. As a United States Navy Veteran, Drew was deployed to aircraft carriers, exotic overseas locations, and traveled the globe documenting military activities for nearly 10 years. After his military service he acted as a Senior Multimedia Producer for the Washington Times in Washington, DC and is currently the owner and operator of District 7 Media which specializes in Motion Controlled Timelapse, Aerial, High-Speed and Live-Action Cinematography.

Drew has an affinity for creating brilliantly colored and high impact HDR motion time-lapse productions as well as directing for feature films and commercials. His notoriety rose when he landed a job working with David Fincher to create the now-iconic House of Cards Title sequence on Netflix.

We will never send you any marketing emails.

We will never send you any marketing emails.